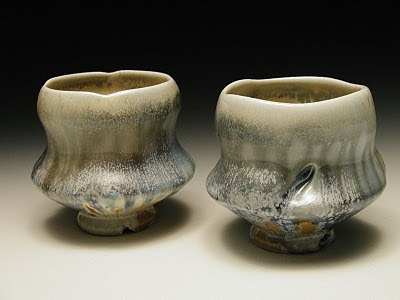 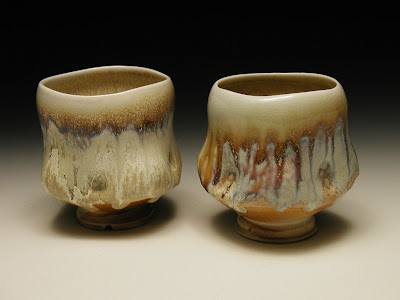 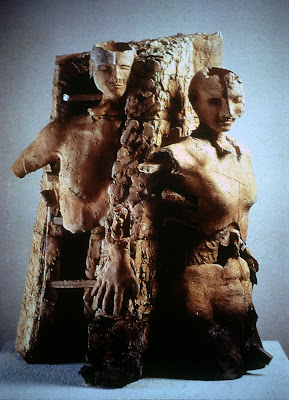 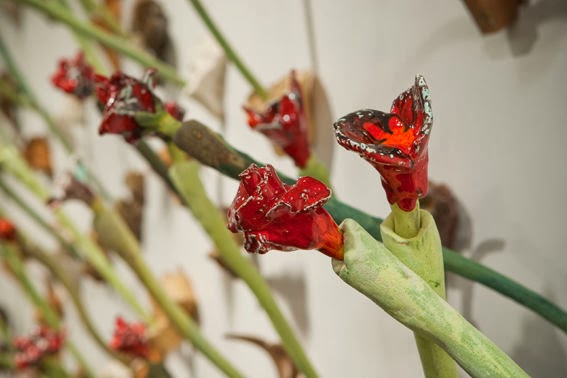 “Towards the end of the day the clouds opened up and it began to snow heavily and unexpectedly. I remember looking at some blossoms nearby. They appeared to be of a tropical origin and were strikingly beautiful under a growing mantle of fresh snow. The entire scene seemed to be surreal, ironic, contradictory and quintessentially New Zealand.”
Posted by Bruce Dehnert at 9:11 AM No comments: 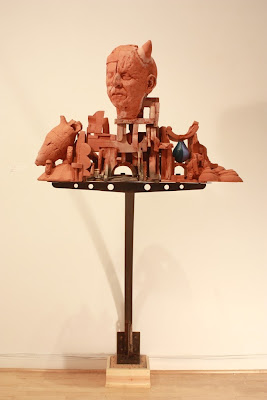 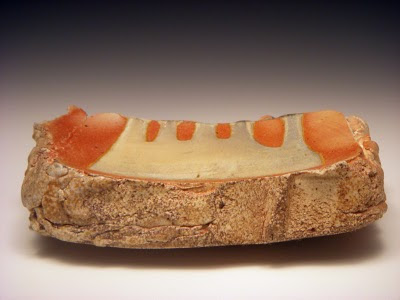 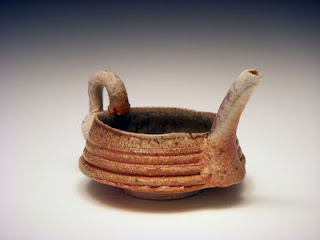 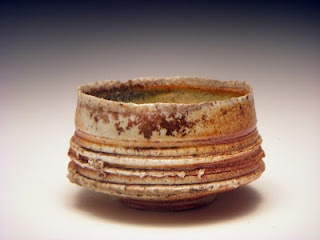 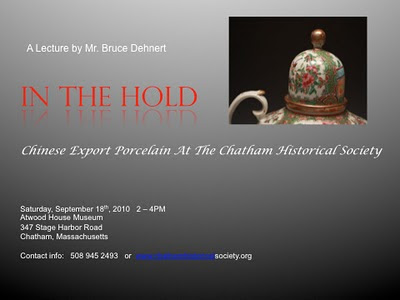 Posted by Bruce Dehnert at 3:11 PM No comments: 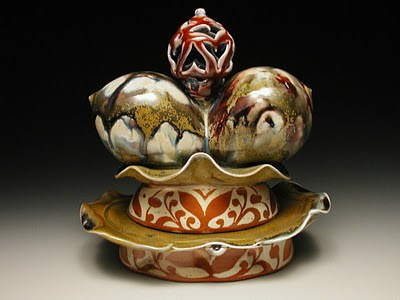 Posted by Bruce Dehnert at 6:07 PM No comments: 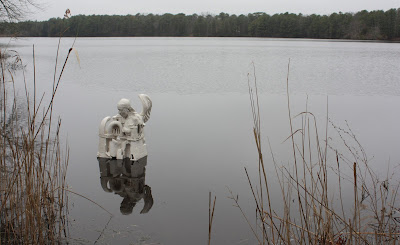 Bruce Dehnert. View of "Gethsemane's Reflection" installed in the lake on the campus of Richard Stockton College. March/April 2010. The piece was part of the exhibition, "Organitech" curated by Matt Burton of The Burton Gallery in Surf City, New Jersey.
Posted by Bruce Dehnert at 4:10 PM 1 comment:

Posted by Bruce Dehnert at 3:50 PM No comments: 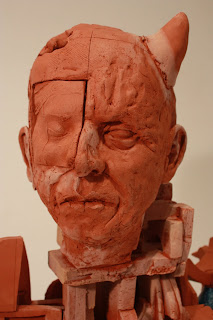 There Are Two Stories 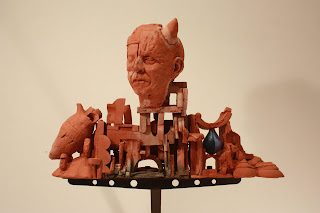 Abraham had a son with an Egyptian slave, Hagar. The boy's name was Ishmael. At the time, Abraham was nearly one hundred years old. Later, Abraham's wife, Sarah, gave him a son whom they named 'Isaac'. Upon Isaac's weaning, Abraham sponsored a feast, and at that celebration, Hagar supposedly mocked the boy from a distance. Enraged, Sarah ordered Abraham to "get rid" of the woman and her son.

Wandering in the desert with the youngster, Hagar soon depleted the skin of water Abraham had packed for their journey. When the boy began to cry, an angel representing God called to his distraught mother. "What is the matter, Hagar? Do not be afraid; God has heard the boy crying as he lies there. Lift the boy up and take him by the hand, for I will make him into a great nation."

While the stories of Judaism and Christianity have treated Ishmael as an iligitimate child, he is portrayed in Islam as, simply, a rightful son of Abraham.

Much later, in the pages of a great American novel, a whaling ship of some magnitude leaves Nantucket. The ship's captain, Ahab, with all the bearing of a man who'd lived his life on the angry seas of the North Atlantic, would meet his life's greatest challenge in a white whale that lay waiting in the deep. Herman Melville
(1819 - 1891), who sailed from Fairhaven, Massachusetts on the 'Acushnet' in 1841, would tell the story of this sublime conflict between Man and his own nature in the book, 'Moby Dick'. The narrator of the volume? The ostracized exile, Ishmael.
Posted by Bruce Dehnert at 5:24 PM No comments: 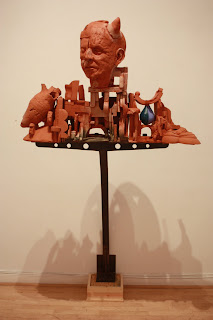 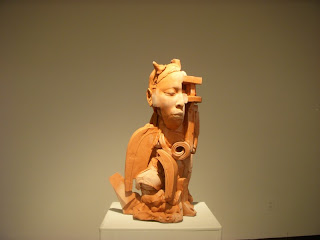 My studio work involves "utilitarian" and "sculptural" focuses. Each does what the other cannot.

I can reduce my recent sculptural work to the bare threads of writing. Starting with the premise that biblical stories are 'constructs' in need of characters developed through the usual means of narrative, I've chosen various cathedral floorplans and motifs as armatures. Direct references to these architectural devices might fall away as the process of construction proceeds. Ultimately, in my sculpture I want to present a reflection on the human condition that provides a conflict between Enlightenment and Reason.

Rarely on firm ground while working, it's important to me that I be unsure of "where to next?" This way options remain available and the fragmentary nature of the work literally becomes reflective of my state of mind.
Posted by Bruce Dehnert at 8:57 PM No comments: